Ohio is now one of the US states that permit the use, growth, and distribution of medicinal marijuana. After following a series of other states legalizing the medical drug to help patients suffering from varying ailments, the state government of Ohio made a decision effective on Sept. 8, 2016, to allow the sale and use of marijuana, as long as it’s used for medicinal purposes.

Users need to be “qualified patients” that are found to have specified medical conditions before they can get an authorization from a doctor to use medicinal marijuana. Albeit the law does legalize the use of the drug for medicinal purposes, the governing rules are still in a limited form.

What Does This Mean for Ohio’s Residential Landlords?

The legalization of medical marijuana in some US states, which, of course, includes Ohio, made conflicts with federal law as it strictly implies the use of any prescribed marijuana and any controlled substances to be forbidden. However, there’s also another state law that says residential landlords forbids the refusal of prospect tenants who have certain ailments and disabilities. Under the Federal Controlled Substances Act of 1970 (CSA), a landlord may either be prosecuted or lose their property for allowing the use of marijuana.

What Can a Landlord do to Protect Themselves From Federal Prosecution?

Landlords can change the lease to prohibit the use of all forms of marijuana if the language isn’t already included in the contract. Furthermore, a change can also be made in the tenant selection policy to exclude marijuana users if the statement still isn’t found in the lease. The rental application forms should also ask applicants if they’re in current possession and use of illegal drugs. Lastly, there should be a question inquiring the prospective tenant if they require the use of marijuana or any Schedule 1 drugs for medicinal reasons.

What Happens if a Person With Disabilities That Use Medicinal Marijuana Requests Accommodations?

An Ohio court can consider the use of marijuana extracts instead of smoking the plant itself. However, this isn’t applicable to all states that legalize the use of the medicinal drug. Back in 2014, a federal court in Detroit ruled that a landlord didn’t have to give accommodations to a tenant with disabilities to use medicinal marijuana due to the federal CSA prohibiting the utilization of the drug.

Dispensary eviction might be the best course of action to take for landlords if they find their tenants to use medicinal marijuana. However, there are laws protecting tenants from being evicted. Due to this confusing statements, landlords may choose to consult the aid of real estate lawyers to help them in this time of need. The Characteristics of a Successful Criminal Defence Attorney 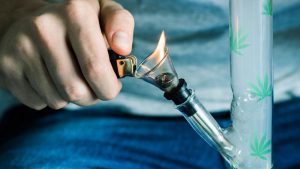 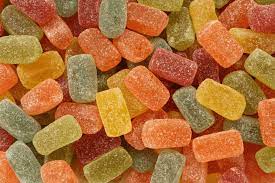