Deforestation has been one of the gravest problems of the world. Loss of biodiversity has been lamented by many nations who understand their importance to the world, especially to humans. But unfortunately, the losses are still increasing every year.

Deforestations are not really done for the purpose of destroying organisms living in the forests. Destruction of biodiversity is always the side effect but never had been the main goal of people who do deforestations. People had actually good intentions for deforesting a forest. This, of course, is for the betterment of human living. Here are some of the reasons why deforestation is done.

People cannot definitely raise crops and resources such as palm oil in a forest. They need a wide land for their massive crop production. Crops are food sources of humans. Since food is essential for man, developing crop areas had been done, therefore, practice deforestation. Agricultural expansions have been tagged as the “Fastest Forest Destroyer”. Countries like Indonesia had been doing this to sustain the demand of crop based resources.

Another inevitable reason is the raising of livestock such as cow, pig, chicken, goats and so much more. Humans enjoy feasting on meat and their other food products such as milk and eggs. These have been part of human’s daily food intake. It is definitely impossible to raise a livestock in the forest so cutting down of trees for space and boundaries is done. This, of course, increases the rate of deforestations.

For Building Roads and Infrastructure

People need facilities for convenient living. Roads are needed for fast transportation. Houses are needed for shelter. Factories are built to produce products and jobs to people. Hospitals are built for the health of the people and also animals. Universities and schools are constructed to educate people. Government facilities such as city halls are also constructed for the proper management of the living conditions of people. What do all of these have in common? They all are needed by humans and they need land to where they will be built. Making room for these important structures is another reason why deforestation is done.

This is pretty much the main reason why people destroy forests. They need space and a place for each human to live comfortably. With billions of people already existing and continuing to increase around the world, the land available is no longer enough.

With all of these reasons, it is easy to say that these are all done out of good intentions. However, it is not all about convenient living in an urban area but it is also taking care of the natural resources around us for the next generations of humans to see and also for wildlife animals to live for a very long-time. 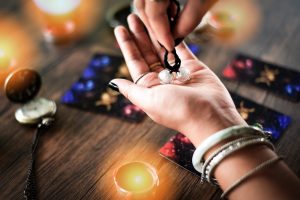 How to find the best custom commercial cleaning company in Kitchener?